If anyone wishes to lay floral tributes in memory of the Queen at the Memorial Garden, you are most welcome to do so.

After the day of the funeral, flowers will be removed and placed in composting facilities in the Parish. 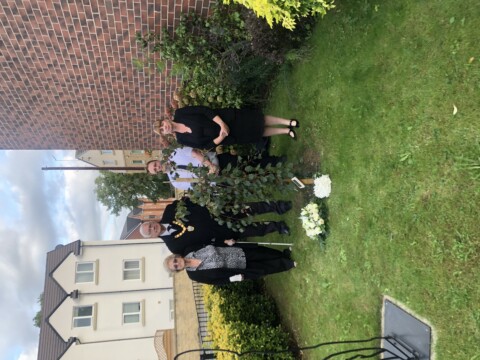 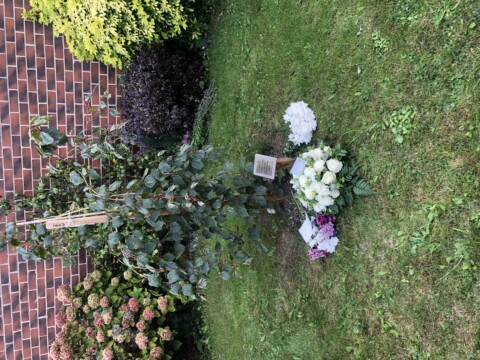 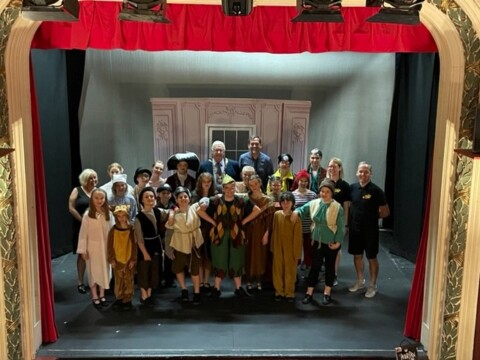 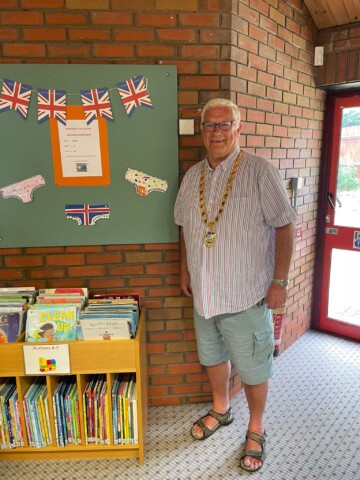 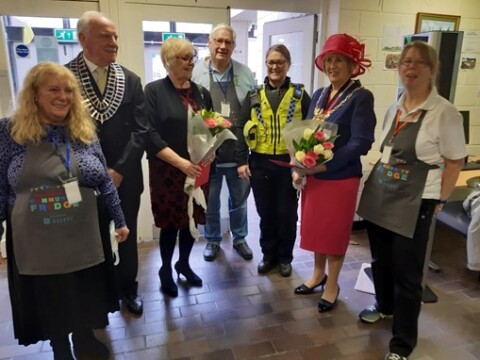 This is a great initiative open to everyone every Saturday from 11-1 at High Green Development Trust to pick up free food and prevent food waste. 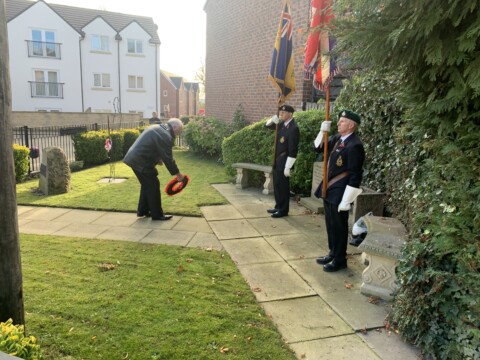 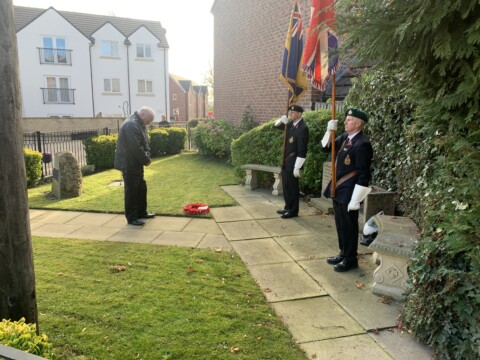 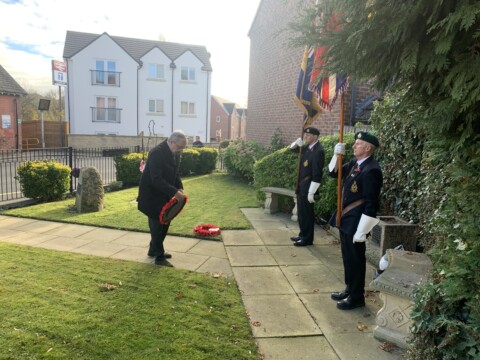 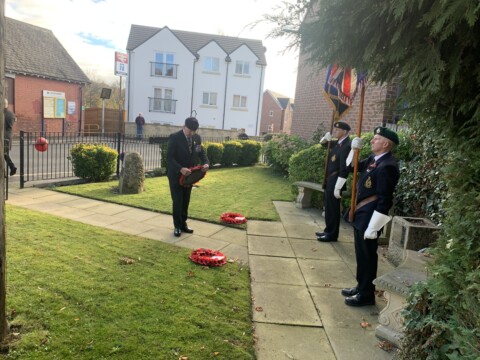 Chairman Councillor John Brownrigg presents his first Chairman’s award to Thomas Tredoux for being the first cub from the 25th Ecclesfield division to complete all of his Cub Scout Badges. 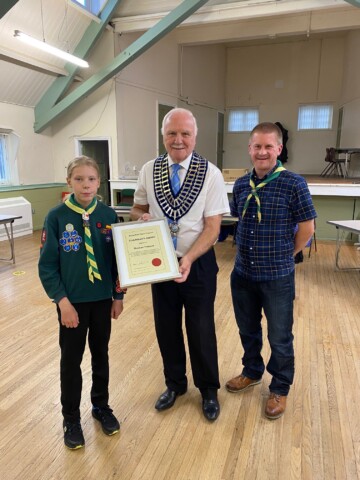 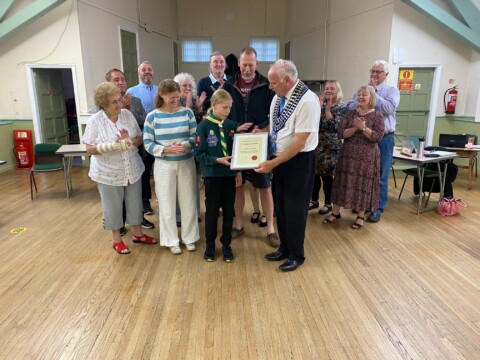 The Chairman’s Awards are given to people and groups for their outstanding commitment to the Community. This year’s awards were received socially distantly due to Covid as follows:

Julie & Paul Marshall: For their support and time given to Ecclesfield Library. 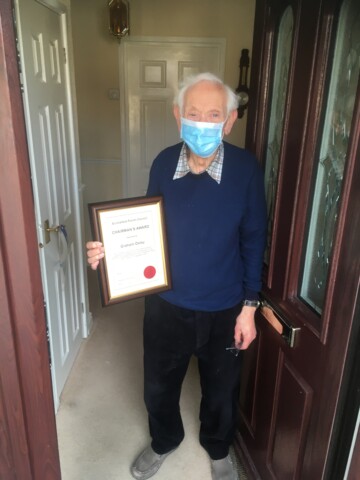 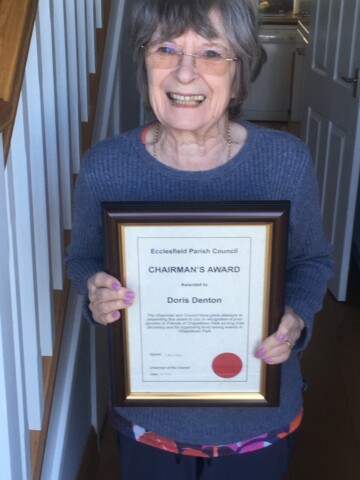 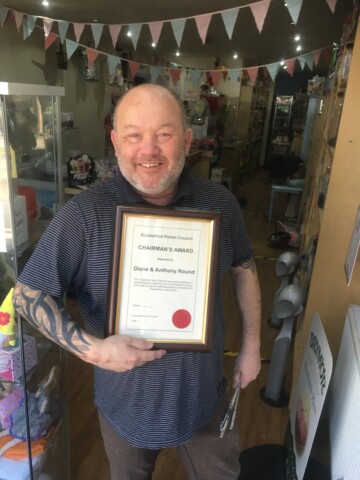 Diane & Anthony Round: Working for local small businesses and the community within Chapeltown. 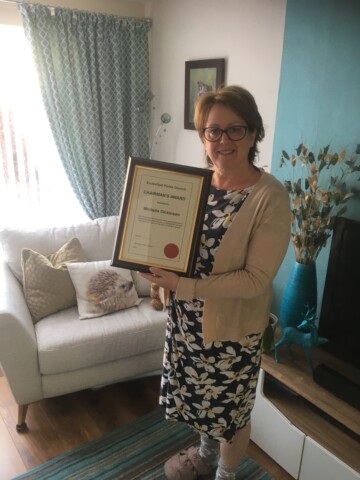 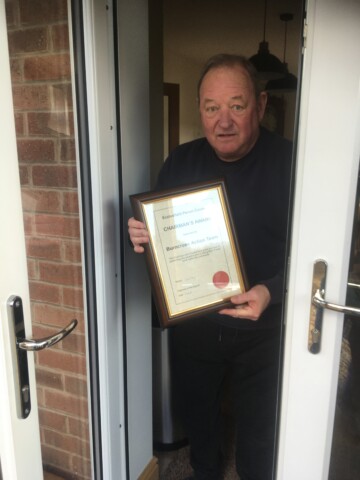 Burncross Action Team: For their work within the community, Schools and garden.

A letter from the Deputy Lord Leftenant Christopher J Jewitt  to Anthony Roebuck President of the Royal British Legion, Chapeltown Branch,  praising the branch and Ecclesfield Parish Council on the success of a very different Remembrance Day Service during the pandemic this year. 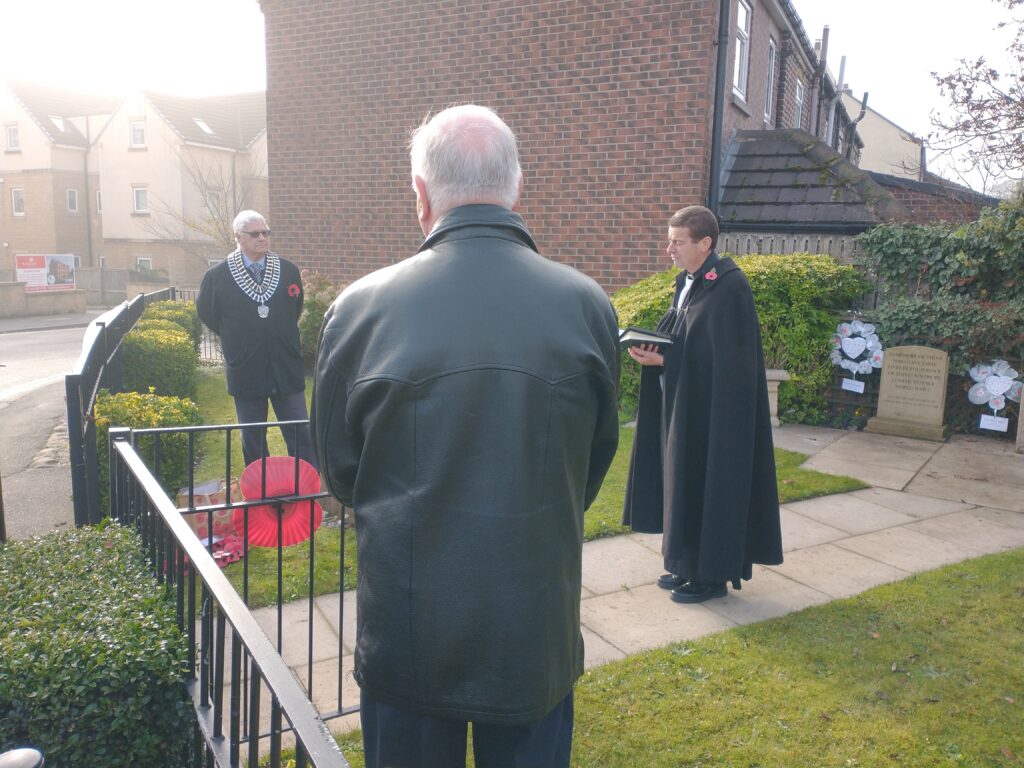 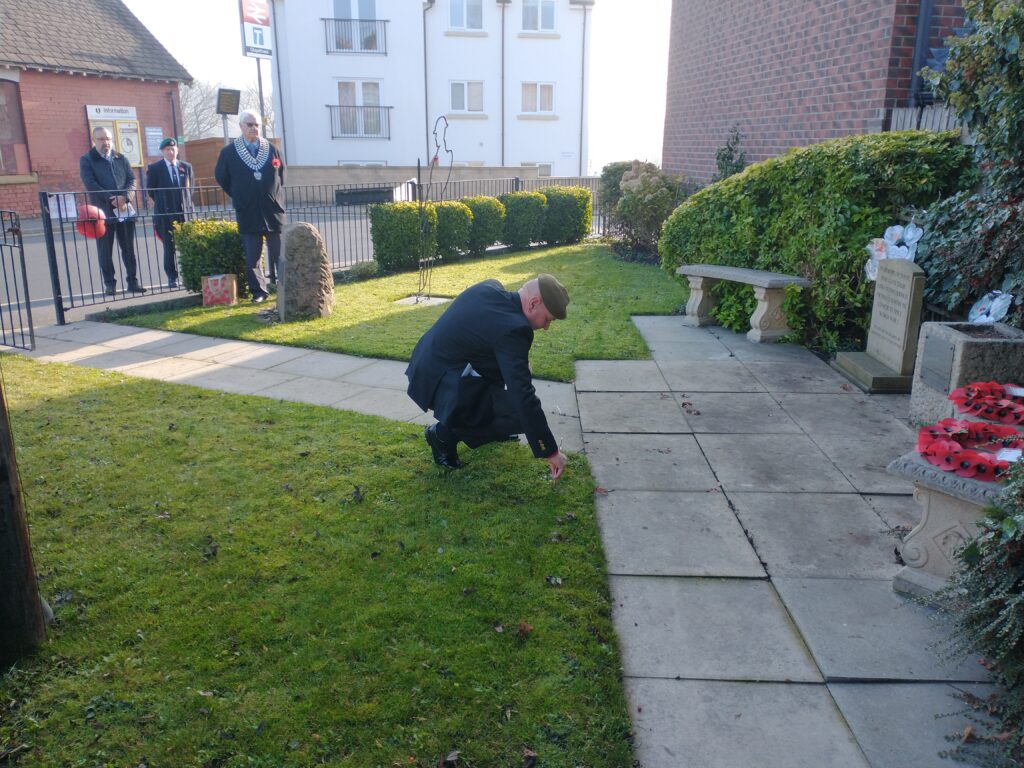